I have been unable to write for a while now, not for lack of time or words but mostly because many events that have unfolded have turned out to be more than I can take. Everything begins with a step so here I am trying to get my ‘groove’ back.

Last week a couple of friends planned to come over and visit mum on Independence day. I was happy when I heard the idea at first but of course I secretly worried about the financial implications that would affect all those concerned, mostly because I have a fairly good idea how the wallets are looking and uhm…it is not very encouraging. When I told ‘Chief Afande’ the plans, she had 21 questions. I asked her to just be available and leave the rest to me. She reluctantly obliged.

Monday morning had me in high spirits as is usually the case for me when a new week or month begins. I went to have breakfast and Monica told me to call mum ASAP. I did. She was sad. We had lost a family friend (who later turned  out to be a relative) and he had passed away shortly after being rushed to hospital that morning.

This Mzee was  my late grandpa’s close ally and I had met him countless times. In fact he was seen as the last remaining male elder on mum’s side of the family. He had lived with my aunt for several weeks but only felt ill in the wee hours on Sunday night. He was rushed to a clinic close by and later moved to Rubaga hospital because the condition was critical. It was there that he breathed his last. Coincidentally, my grandpa had also been ill at our home for so long but also left this world peacefully in the same hospital.

Independence day found us on the road to pay our last respects to this gentleman. I could go into details about the journey or the conversations before and after but I would like to focus on the eulogies. 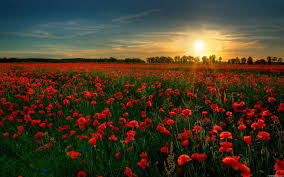 His family was(is) mostly estranged so much so that the burial happened at mum’s village. Perhaps the Lord wanted him to be laid a few metres from his confidant. It could also be argued  that the cost implications and complications that would have been involved for the body to  be taken to Rwanda were immense and therefore this made more sense. Either way, it happened as it did for a reason.

The daughter: She tried to hold it together for a while. She explained that she had got a strong sense to check on her father for about a fortnight but kept ‘believing’ he was okay and being taken care of. She shook the feeling aside. She heard about him from the sister, first to explain that he had been admitted and a few minutes later to announce his departure from this world. That is how her story ends.

“Two weeks. Everything you love, own, and cherish, can be gone, liquidated, and lost forever in two weeks. Give or take a day.”
― J. Lincoln Fenn, Poe

The son: He lives in Rwanda and came for the burial as soon as he heard. I had noticed from the moment I reached the village that he was shaken and needed support. In fact, I doubted that he could speak. The MC even gave him the option not to. Obviously broken, he profusely thanked my aunt and husband who had taken care of the deceased and the family for extending their welcome so his father’s celebration of life would be memorable.

What struck me the most, however, was his next statement. He had planned to take a trip and let his dad know he had found his soul mate and planned to spend the rest of his life with her. Sadly, he did not get to share this News.

My own father was sitting next to me in all this. I wept for a family that lost their superman but mostly, my heart went out to children who had left so much unsaid and were now empty and unable to turn back the clock.

“Have you ever lost someone you love and wanted one more conversation, one more chance to make up for the time when you thought they would be here forever? If so, then you know you can go your whole life collecting days, and none will outweigh the one you wish you had back.”
― Mitch Albom, For One More Day

So here I am, a few days later, contemplating life and all its intricacies. More questions than answers, praying for those with us and those that have departed, I guess all I can say is, live when you can. No differences should be so strong as to be left un forgiven, for to hold a grudge is to die slowly. 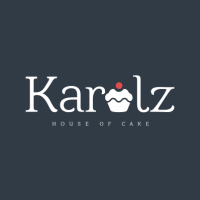 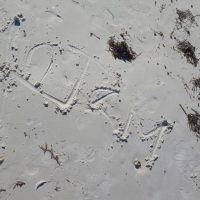