The life of a student is a complicated one, especially when in a place away from home. You want to work hard and excel but you also need to take in the sights and sounds, uncertain whether you shall get another opportunity to indulge.

Linda is no different. She looks at her to do list and then turns to her ‘to visit’ list soon after. Imagine her joy when she realised some of the must see places were next door to her residence!

When Linda was certain she was going to London, she shared her address with her brother. He looked it up and exclaimed what a great location it was. Filled with anxiety and related emotions at the time, she did not fully comprehend what he meant, until Sunday.

On Sunday, she arranged to meet her brother’s friend James.* He had agreed to take her to church, and show her some sights.

The walk to church was practically 5 minutes, a great relief for her knowing her Sundays were sorted. Westminster cathedral stood there, in all its grandeur and poise. Staring would be for later. First the mass.

It was a beautiful sermon that recreated Jesus’ baptism and its meaning to the lives of Christians. The message may have not been very new, but its delivery was.

After mass, the two took a short tour of the chapels and James wondered aloud, why African churches did not also adopt the concept of little chapels within the cathedrals.

With a variety of restaurants to choose from, they settled for an Italian restaurant called “Zizzi.” Not in the mood to experiment, Linda ordered a pizza, as did her host.

It turned out to be the right decision as the pizza was scrumptious. The olive oil availed to use with reckless abandon was a plus.

What followed was nothing short of a little adventure. The walk to various sights was like a scene from a movie, or perhaps more than one. From Buckingham palace to Hyde park to the Houses of Parliament and a quick stop at Downing street, it became increasingly improbable for Linda to keep her eyes from widening (or her jaw from dropping)

Piccadily circus, surrounded by theatres, cinemas and restaurants offered a great atmosphere filled with energy and lights, lots of them. This was followed by a walk through Leicester square which houses several theatres that are often used for movie Premieres (All those red carpet moments seen on t.v suddenly struggled to be remembered) 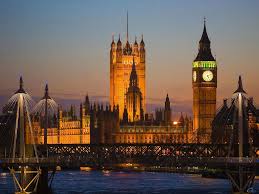 As James and Linda walked returned from their view of Big Ben and the London eye, Linda couldn’t help but make out the sounds of Sam Smith’s, “stay with me.” When they turned around, a gentleman, with chubby cheeks, probably in his twenties, stood there belting out the lyrics, guitar in hand..and guitar case filled with coins. His voice was sultry and seemingly effortless.

She asked James if they could stay and watch. Before long, a small crowd formed. His rendition of Passenger’s ‘Let her go’ was tear-worthy (in a good way) At this point it was 4 degrees and the wind was unamused too. They left shortly after this song. This was not before James passed Linda a pound to tip the talented young man. It was quite possibly the best pound she’d ‘spent’ since she got there.

They started to walk back. Next day being a work/school day.  Time seemed to have stopped in Linda’s head.

At a cinema en route, they stopped for warm beverages. Linda looked at the cinema’s prices. Movie at £18??Sssh…Surely Channing Tatum ought to give you at least a hug during the movie at that rate, no?

It was quite difficult to do much when Linda got back to her residence. She ate the leftovers of her pizza and gave thanks to the Lord for opportunities, kind acquaintances and life.

4 Replies to “Out and about”