Story 4
For a long time, very few members of the 4040 core team had cars. That meant that the few who did were burdened with the responsibility of transporting items..and people whenever we had an outreach and before/after.
This one time we happened to be in Joseph’s* car.
Joseph is one of those people who is knowledgeable about cars and gadgets and he is quite pragmatic. As with most people who ‘know their stuff,’ it is difficult for him to accept that when he is wrong.
I am one of those people who can poke you till you want to throw them out of your car.

😤This background 《will be helpful for the next part.

We were leaving a community one evening and picking up items from a Good Samaritan who had kid’s stuff to spare. I peeked at the fuel gauge and noticed it was warning so I mentioned it to Joseph. “I know my car, this fuel will be enough.” After a kilometre I asked again. Same response. Another few kilometres and I start pointing out fuel stations along the way.
Him: “I can’t take fuel from those fake petrol stations. Let me know when you see SHELL. 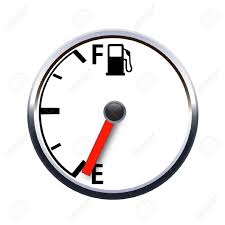 I showed him one last ‘fake’ petrol station then decided to give up.
500 metres after we past it, the car got stuck..wait for it..On a slope, blocking several cars as it grew dark, in the middle of nowhere.

😧
Guess which petrol station Joseph went to..? Yup, you get a cookie. You guessed it! The last ‘fake’ one.

I would like to tell you that this is the last time such a scenario occurred with our dear Joseph, and his car, ‘Esmeralda’ but you my dear readers, do not deserve to be lied to.